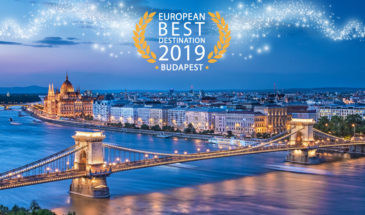 Europe, also known for ‘Urban Famous Landscapes’. In this tour you visit Prague, Vienna and Budapest. After Prague you visit Vienna City. Vienna…

Day 1 :-Arrive Prague, Czech Republic
On arrival, transfer to your hotel. Check in to the hotel. After freshen up proceed for Prague Night Tour with dinner. The coach will take you from Powder Gate to the River Vltava to board your boat. You will be welcomed with an aperitif and, shortly into the trip, a wonderful buffet featuring a fine selection of hot and cold food will tempt your taste buds. Recorded music will be played during this 3- hour tour to further enhance your enjoyment of the beautifully-lit sights of Prague. You will have an opportunity to see these sights once again during the ensuing short coach tour. The tour terminates on Republic Square (Namesti Republiky).Later on you can take an orientation tour of the city centre.Return to hotel. Overnight stay in Hotel.

Day 2 :- Prague City Tour
Post breakfast, proceed for Grand City Tour, Prague Castle and Boat Cruise 3 ½ rs Discover Prague not only by bus and walking but view the architectonic jewel also from the Vltava River with our combined tour. During this tour we will introduce Prague as a historic and architectural jewel of Central Europe. Our guide will be with you the whole time, explaining the history of Prague and its neighbourhoods (Old Town, New Town, Lesser Town) during the bus trip. The second part of the tour will take you to Prague castle and to one of the most most important sight of Prague on a visit inside the nearby St Vitus Cathedral . After approximately 60 minutes of guided walking tour you go to the bank of the Vltava River to get on board a boat where you can take a rest and relax admiring the beauties of Prague from a different view. Besides other bridges connecting both the river banks you will see the well known Charles Bridge from the boat. Then continue for a pleasant walk through the Jewish town to the Old Town Square (Prague Astronomical Clock and Tyn Cathedral) where the tour ends. Transportation by bus and boat and service of a local guide.evening free for exploring city on own. Overnight hotel.

Day 3 :- Prague to Vienna, Austria
Post an early breakfast , make your own way to the railway station to connect train for Vienna . Arrive and make your way to hotel . Vienna, Austria’s capital, lies in the country’s east on the Danube River. Its artistic and intellectual legacy was shaped by residents including Mozart, Beethoven and Sigmund Freud. The city is also known for its Imperial palaces, including Schönbrunn, the Habsburgs’ summer residence. In the MuseumsQuartier district, historic and contemporary buildings display works by Egon Schiele, Gustav Klimt and other artists. Time free to explore city on own . OVERNIGHT HOTEL

Day 4 :- Vienna City Tour and Schonbrunn Palace
After breakfast proceed for Vienna City Tour and a visit to Schonbrunn Palace. City tour will introduce you to the most important sights of the Austrian capital. As we drive around the famous 'Ringstrasse,' Vienna's main boulevard, we pass by the State Opera, Museums of Fine Art and Natural History, the Parliament building, Burgtheater (National Theatre), the City Hall and the University. The highlight of this programme is the visit to Schonbrunn Palace where we take a tour of some of the most brilliantly decorated rooms. Rest of the day at leisure or explore city on own. Overnight at hotel.

Day 5 :- Vienna – Budapest, Hungury
Post breakfast , make your own way to the railway station to connect train for Budapest. Budapest, Hungary’s capital, is bisected by the River Danube. Its 19th-century Chain Bridge connects the hilly Buda district with flat Pest. A funicular runs up Castle Hill to Buda’s Old Town, where the Budapest History Museum traces city life from Roman times onward. Trinity Square is home to 13th-century Matthias Church and the turrets of the Fishermen’s Bastion, which offer sweeping views. Time free to explore city on own . OVERNIGHT HOTEL

Day 6 :- Budapest City Tour
Discover the sights in Budapest with our tour guide. We will show you the main sights on both parts of the river in Budapest. Walk around the Castle District, enjoy the view from the Citadell, drive along the Andrássy Avenue until Heroes’ Square passing by many sights in the city. Overnight in Hotel.

Open All Close All

1. Price mentioned is on per person on twin sharing basis. (Based on Minimum 2 pax)
2. Bookings are subject to availability with the hotel.
3. Cost does not include any other thing apart from the itinerary inclusions.
4. All cancellations & amendments will be done as per hotel policy.
5. The guest must carry photo identification like Passport/Driving License/Voter ID Card IN ORIGINAL at the point of check in at the hotel.